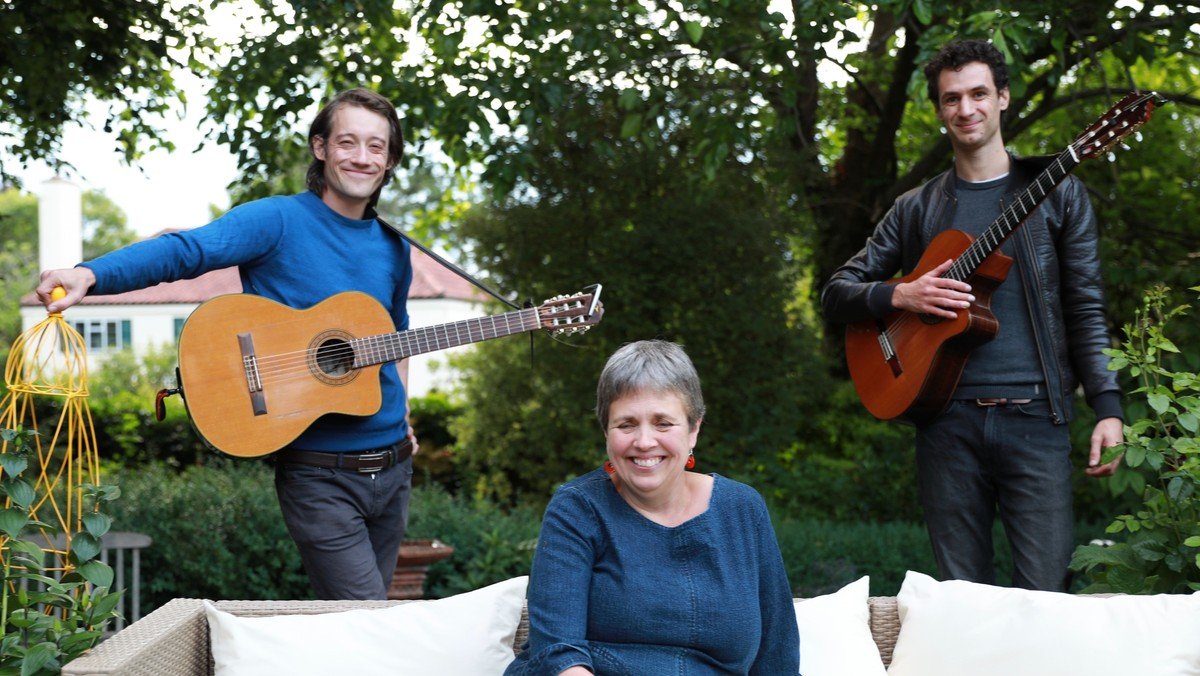 Throughout the coronavirus crisis, there have been many, largely unnoticed acts of kindness. However Judith Hunt’s tireless support for the local Merrow community did not go unnoticed. Her neighbour Jeannette was so impressed by Judith’s continual kindness, she nominated her for a ‘’Thank you, Gig in the Garden” by Royal Academy guitarists Duo.

The ‘Gig in the Garden’ idea was dreamt up by Duo, whose gigs had been cancelled as a result of coronavirus. ‘We wanted to show our appreciation for all the unsung heroes of this crisis, who have quietly made a difference to so many people’s lives.’ Said Will Cashel of Duo, ‘we’ve had requests from across the country but Jeannette’s nomination of Judith really stood out for us, as she is the perfect example of a key worker going the extra mile to support her local community at this time.’

Throughout lockdown, Judith continued to work for the NHS as a Hearing Therapist and raise funds for Beating Hearts Merrow whilst quietly coordinating huge donations to local food banks and baking cakes to thank key workers. In addition, every week, Judith made up 100 ‘Family recipe packs’ containing the ingredients and instructions for making simple cakes and biscuits. ‘I was concerned that so many local families were relying on food banks to get through the crisis. I wanted to add something which was more of a treat than just the basic food. The idea of the recipes and weighed-out, ready-to-use ingredients was to help families bake treats together. Rice Krispie cakes were very popular!’

On a sunny Friday evening in June, Duo arrived to play a 45 minute socially distanced gig for Judith and her family. It was also livestreamed to Duo’s 1000+ followers on FaceBook and YouTube. The event was featured in The Times newspaper and on Sky Breakfast News.

Judith described the Gig in her Garden as ‘an absolutely magical experience, which the whole family including my elderly father Geoff, thoroughly enjoyed. Our trees provided the acoustics and the garden birds were the backing vocals. The highlight of the evening was when Duo played ‘We’ll meet again’ just for my father, who was singing along. There wasn’t a dry eye in the garden at that moment.’

‘Thank you Duo for an unforgettable evening.’