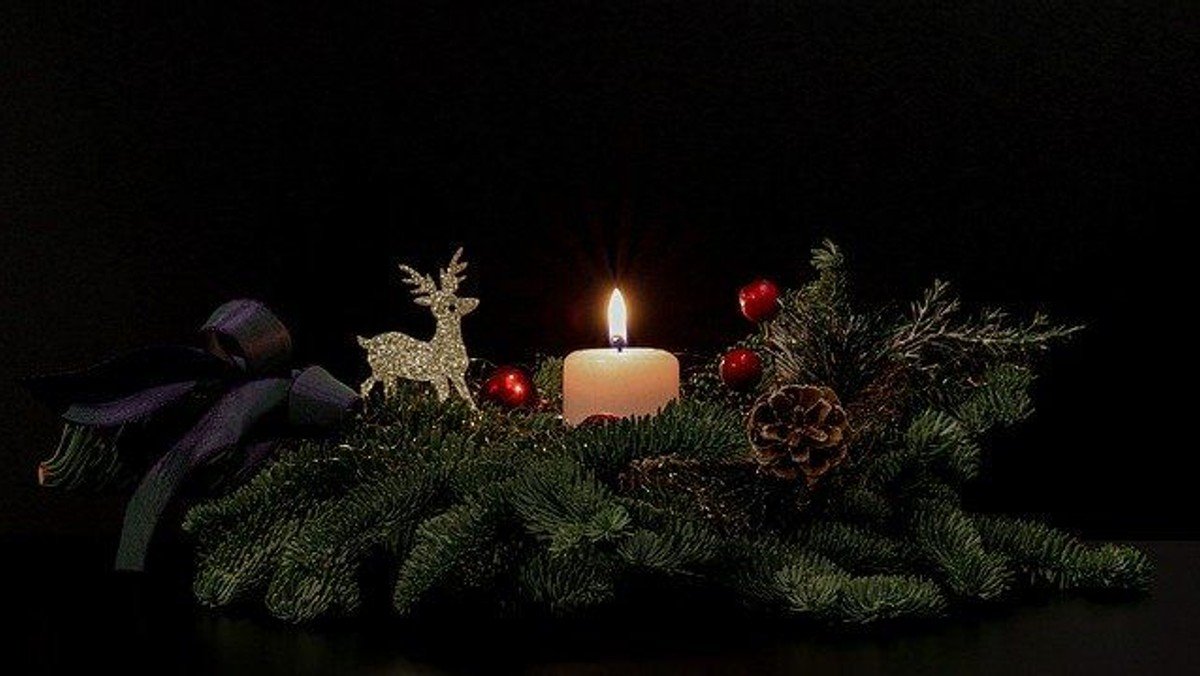 I love the season of Advent - probably my favourite season. New Liturgical Year. Last year Luke was our controlling Gospel, full of hope and joy. Before that Mark roars onto the scene disrupting complacency with his urgency. And this year the beginning of Year A when we hear mainly from Matthew’s Gospel. I love Matthew for his earnestness, and his steadiness. And his OT quotes!

So, in delighted anticipation of all this, I took myself off to Exeter last week for an Advent Retreat – led by the Dean of Southwark Cathedral – what’s not to like? Peace and tranquillity in the Devon countryside, the wisdom of Andrew Nunn, and immersing myself in Advent thinking.

It was with no minor disappointment then that I discovered the themes which Andrew would be talking on. We could have thought about some of those great Advent figures, the ones we focus on each Sunday as someone under 50 (that we call the Young One) gets up and lights the candles– on the Advent wreath – the Patriarchs, prophets, John the Baptist and the Virgin Mary. But instead Andrew led us into thinking about this idea that advent is about standing at the edge of eternity and concentrating on ‘The Four Last Things’. The phrase derives from Ecclesiasticus, which advises us to ‘remember the Last Things, ‘that you may not sin’. And they are – Death, Judgement, Heaven and Hell. So we had a jolly time ahead of us.

But what actually happened was my eyes opened to the bigger things which we rarely think deeply about, things which can enrich our worship here in St John’s. As a fellow Christian, I urge you to spend some time thinking about these four last things:

What do we believe happens in death, and how do we want our own death to be marked? Where is God in death, whether violent or peaceful?

If judgement happens, what do we know about the Judge and his level of mercy?

Do we believe, as we say each week in the creed, that Jesus went down to hell, but then harrowed it, and drew out the inhabitants, the pull of God’s infinite love being too great for even the likes of Hitler to withstand?

And finally, will we rejoin out loved ones in heaven – lost in wonder, love and praise, or like the final verse of Hark the Herald Angels says – Not in that poor lowly stable, with the oxen standing by, we shall see him – but in heaven, set at God’s right hand on high – with all in white waiting around?

You may not want to spend time on those subjects, but I believe that Isa’s words should ring in our ears – Come let us go up to the Mountain of the Lord…so he can teach us his ways, lead us in his paths. Come, let us go to Bethlehem and think of these things.

As we stand at the advent of eternity consider the profound things. It is only through coming up to this Mountain and learning his ways that we can open ourselves to God’s grace as our Collect says, thereby casting way the works of darkness and putting on light.

For what we are waiting for is that In a stable in a small town in way off Palestine a young woman will give birth to a baby. And she and her husband will name him Jesus, just as the angel had told them to, because he will save his people from their sins.

That is the truth come from above as we glimpse eternity in God’s gift of God’s self, heaven is open, hell is destroyed, death is defeated and judgement becomes the consuming fire of love.

Let us pray. God of our eternity, God of our now, bring us to heaven save us from hell carry us through death forgive us in judgement and all for your love’s sake. Amen.